I’ve long been a fan of the Wal-mart grocery pickup since it first came to my area. But recently I heard about a new service, that makes grocery shopping even easier. Instead of having to get in your car and go all the way to the store to pick up the groceries you were too lazy to shop for, this new service from HEB will deliver them right to your front door. That is my kind of lazy!

Unlike Walmart Grocery, HEB’s grocery shopping service charges you a monthly fee, whether you use it or not.

If I agreed to pay the full year up front, the $99 fee, they said they would give me a two-week trial and if I wasn’t happy I could cancel anytime. Luckily for me, I selected that option so this whole fiasco didn’t cost me a thing.

Well by not costing me a thing I meant the monthly fees from this service.

I signed up for the service and went right to work at placing my grocery order. I found that most items were slightly more expensive than Walmart’s grocery. For example, they charge $.29 per banana whereas Walmart charges .$19.

That still wasn’t a big deal for me. After I selected my items I attempted to place my order.  I pressed the GET IT SHIPT! button and nothing appeared to happen, in reality, it did – as it charged my account, only I just didn’t know it. I tried again and it said my card and it said it was declined. I had recently moved so I wondered if it were a problem with my zip code. I tried again and again it said my card was declined. That’s a total of 3 times being declined.

I won’t continue to bore you with all the details. In all, they ended up charging my accounts a total of 7 times.

Declined usually means they couldn’t charge my account because the bank refused the transaction for a variety of reasons. However, that isn’t apparently what it meant to this computer.

$902.90 later, I still didn’t have any groceries. I freaked. These people just took $902.90 out of my checking accounts (I have two of them), and they still didn’t even complete my order.

When I went to speak to their support, they informed me they can’t refund my money because the charges were declined on my bank’s end and the bank has my money. Yes, I swear that’s word for word what he told me.

I tried to explain that I’m looking at my computer screen and I can see every transaction that they charged me for.

The bank had put a temporary hold on the account thinking it might be fraud but when I said, no I shopped at HEB’s SHIPT today, they cleared the transactions, all 7 of them.

Now I’m sitting here with $902.90 taken out of my checking account and still no groceries.

Who charges someone 7 times for groceries? Well apparently HEB does.

The customer service rep named James then tells me that the reason for the problem is that they are a new company, under 2 years old so the banks are suspicious of them.

I wanted to say dude no, the banks are suspicious of you because you keep banging out your customer’s credit cards.

In the end, after trying to deal with James for almost half an hour I gave up. Instead, I called my bank back and had a long talk with them about what happened. They confirmed the charges did, in fact, go through that the security hold on my card had in fact been lifted when I confirmed the charges were legit but they ended up doing 7 chargebacks for me because the company themselves wouldn’t cooperate.

The good news is, it’s a big deal for a new company with a new merchant account to get a chargeback and they just got 7 of them. Not only are they charged $25 to $35 per transaction that got chargebacked but they also get a big hit on their account and that means that if their percentage of chargebacks goes above 1% or 2% (depending on the bank), they will lose their merchant account altogether, meaning they can’t process credit cards anymore for anyone.

For an online company that depends on the ability to process credit cards to survive, that’s a big deal.

I will eventually get my $900 back from my bank, but it may take up to 72 hours. I only hope that in that time no other charges come through which could cause me to bounce a check.

My conclusion is that HEB sucks and SHIPT.COM sucks even more! Stick with Walmart grocery and save yourself the hassle and the money.

I wanted to update you with my latest attempt to use their service. In August of 2017, the Houston area was hit by severe floods, especially in the area of Kingwood, Texas.

I went to order somethings from Shipt during this time and got quick the shot. Normally a 32 count case of Aquafina water costs less than $6. They upped the price to almost $10 per case.

What kind of company takes advantage of people who need water during a natural disaster?  Well, apparently SHIPT does.

I hope that you keep that in mind if you decide to use a grocery delivery service like Shipt. 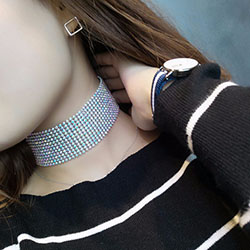