Every day millions of people pull out their phones and search for all kinds of crazy things, including news about their favorite celebrities.

So that got me thinking, just who is more famous, Taylor Swift or Kim Kardashian? Well if we base it on how many times a day someone Googles them, we know that answer is Kim Kardashian, but just barely. 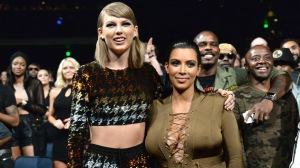 In the graph blue in Kim Kardashian and red is Taylor Swift.

Talking about cutting it close!

So be honest, who is your favorite, Kim or Taylor? Tell us in the comments down below!

Do you love Taylor for her music of Kim for her drama?

Love or hate them, the Kardashian family is famous and not just famous I mean MEGA famous. While people tend to love to hate on the Kardashian family, when it comes right down to it, there really isn’t anyone more famous than they are. I mean nobody … not Oprah, not the President of the United States, not Beyonce, not anyone. 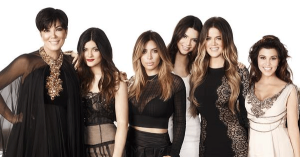 Like it or not, a simple story about a Kardashian is going to draw a lot of attention. Let’s just look at the last 24 hours.

Those are just a short summary of Kardashian / Jenner headlines from the last 24 hours. And that doesn’t even include the Dash Dolls recap or all the other non-news sites running stories that might include the Kardashians in makeup or fashion.

Most people that are mega-famous don’t get 1 story a week or even a month and if they do, that’s really good. But these people have 2 or 3, and sometimes as many as 10 completely different stories per DAY, every single day, 7 days a week, 365 days a year.

Donald Trump’s craziness can’t even pull in those kinds of numbers and he’s out there calling Mexican immigrants rapists.

There is nobody and I mean -NOBODY- who gets the kind of press coverage this family gets.

Think of the most famous person you know and then compare in any given month, how many stories that person gets compared to the Kardashian/Jenner family.

I want you to look at the Google search numbers for the Kardashian family.

While I realize there is a lot more that makes a person famous than just how many people a day Google them but it’s a simple way to get a grasp at just how famous we are talking here with actual real world, verifiable data.

So now let’s look at some major Hollywood celebs. These are, according to various top lists, the most famous celebrities. I was surprised to find that Jennifer Lawrence was a bigger draw than Angelina Jolie, but even she can’t come close to Kim Kardashian’s numbers.

It’s crazy, I know. But the truth is – as much as we all talk bad about them, they still have a draw … an insane draw that no matter how much we try, we can’t look away. The Kardashian’s aren’t just famous, they are mega-famous. They are more famous than anyone in the world.

Kayne West can’t even compete with his wife in the fame game and Beyonce only wishes she could keep up.

So say whatever you want about the Kardashian and Jenner family …. their numbers are HUGE and that’s why every time you turn on the TV or your computer you can’t help but see a story about them.

It seems a day doesn’t go by that you don’t hear something about one of the Kardashian clan and sometimes there are two or three different stories in a single day. Today is no different. First there was the story about Kim posting a naked preggo selfie. 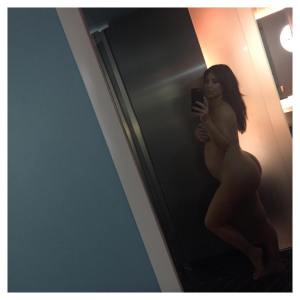 Next there was the story about Lamar Odam ambushed Khloe where she works out and then there was a story about Kendall Jenner getting a matching tattoo with her friend Hailey Baldwin – and that my friends is all in just one day.

Even presidential candidates don’t get the kind of news coverage the Kardashian family gets each and every day. In case you were curious over 47 million people follow Kim Kardashian alone on Instagram. In comparison, the most popular Republican candidate (Donald Trump) has 297,000 followers while Hillary Clinton, the democratic front runner has only 220,000.

Now if all of those stories in the news just today weren’t enough for you, there were also of course the fake news – you know those websites that for whatever reason post fake news stories. I’m not really sure why they do it but these fake news stories always seem to find their way around Facebook.

The one that caught my attention was about how there was a new Kim Kardashian sex tape. Of course it turns out that story wasn’t true. It was just a story to try and get you to click and read the fake news story so you’ll buy a copy of the original and they’ll make money. #annoying

Then another story grabbed my eye – A story about a Kylie Jenner sex tape. Now my first thought was, it was another one of those click bait, fake news sites. But no – it was OK! Magazine. 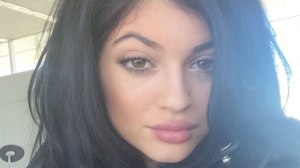 Kylie Jenner only turned 18 yesterday. How in the world could she have a sex tape out already? I mean sure we’ve all been sort of suspecting it would eventually happen, but in one day?

This story I had to read.

The story is about a rumored sex tape with a then under-aged Kylie Jenner and her boyfriend, rapper Tyga, who himself was recently outed as having some sort of fling with a transsexual named Mia Isabella.

According to the story in OK! Magazine, the youngest of the Kardashian clan, Kylie Jenner is “determined to be the new Kim” and wants to be a “Kim 2.0″ and apparently that is in more than just the looks area.

Will the real Kim Kardashian please stand up? It has become harder and harder over the past few months to differentiate between 17-year-old Kylie Jenner and her 34-year-old sister. And guess what? That is no accident! Find out how Kylie plans on becoming Kim 2.0!

The OK! Magazine story goes on to say that they spoke to a source who told them that she even made a sex tape with her boyfriend Tyga. Some people are speculating that she plans on releasing it once she is 18 – which of course was yesterday. And no, there wasn’t a release of a sex tape. The only video that surfaced was of the $300,000 car Tyga bought her for her birthday.

So is it possible that Kylie Jenner has a sex tape out there?

This is the reason we never seen the Kourtney Kardashian sex tape – because she was underage at the time she made it.

The only thing this tape will do is serve as evidence against her 25 year old boyfriend Tyga for having relations with someone who was underage at the time. And because there is such a big age difference (8 years) – it becomes a far more serious issue than most people let on. It can actually land Tyga in prison if any evidence ever were to come out that prove the two had sexual relations, with or without parental consent. It won’t matter. The law is clear on this matter.

So there you have it. Even if the tape is real, as OK Magazine is reporting, none of us will ever see it.

However that doesn’t mean she won’t film a new one now that she’s legally allowed to do so. Only time will tell.

When it all began everywhere knew Kim Kardashian reigned supreme. She was clearly the most popular of the three sisters.

But times have changed and now there are two new sisters in the game. So the question is, who is the most famous member of the Keeping Up With the Kardashian clan? 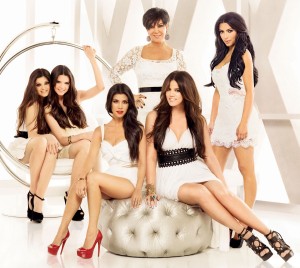 Well if you base it on who gets Googled the most — and that’s exactly what the website “ARE YOU A KARDASHIAN” did and then ranked the sisters in order of popularity based on who got searched for most.

So there you have it … while Kim Kardashian is clearly still the most famous sister, Kylie is second with Kendall closely behind. 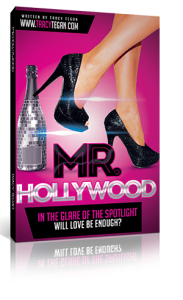